Bhutan, the Kingdom of Bhutan is a landlocked country in the Eastern Himalayas. It is bordered by China to the north and India to the south. Nepal and Bangladesh are located in proximity to Bhutan but do not share a land border. The country has a population of over 754,000 and a territory of 38,394 square kilometers (14,824 sq mi) which ranks 133rd in terms of land area, and 160th in population. Bhutan is a constitutional monarchy with Vajrayana Buddhism as the state religion.

The subalpine Himalayan mountains in the north rise from the country’s lush subtropical plains in the south. In the Bhutanese Himalayas, there are peaks higher than 7,000 meters (23,000 ft) above sea level. Gangkhar Puensum is Bhutan’s highest peak and may also be the highest unclimbed mountain in the world. The wildlife of Bhutan is notable for its diversity, including the Himalayan takin. The largest city in Bhutan is the capital Thimphu.

Bhutan’s culture is strongly based on its Tibetan form of Mahayana Buddhism, which contains a sprinkling of Tibet’s ancient Bon shamanist religion. The country’s rich heritage, protected by Bhutan’s isolation from the modern world until the 1960’s, is still very much in evidence. For most visitors to the country, Bhutan’s traditions and uniqueness are the main attractions, just ahead of its spectacular and mostly unspoiled natural beauty.

Bhutanese national dress is still worn across the country, and its design is tightly linked to class and social status. Men wear a belted, knee-length robe and women wear ankle length dresses, again belted at the waist. The texture of the fabric, its colors, its embroideries, and its woven decorations all determine the wearer’s class, as do the colors of the scarves and shawls carried by women. In Bhutan, traditionally a feudal society, status plays a strong part in human interaction.

Bhutanese law requires the wearing of the national costume in all public places, especially during the many religious festivals. These occasions see women in their finest, bedecked with heavy jewelry which is ornamented with coral and uncut turquoise stones. Family life revolves around the temples, and inheritance passes through the female line. Arranged marriages are common in rural areas and, occasionally, polygamy is an accepted state.

The Kingdom of Bhutan is a sovereign nation, located towards the eastern extreme of the Himalayas mountain range. It is fairly evenly sandwiched between the sovereign territory of two nations: first, the People’s Republic of China on the north and northwest. There are approximately 477 kilometres of border with that nation’s Tibet Autonomous Region. The second nation is the Republic of India on the south, southwest, and east; there are approximately 659 kilometres with the states of Arunachal Pradesh, Assam, West Bengal, and Sikkim, in clockwise order from the kingdom. Bhutan’s total borders amount to 1,139 kilometres. The Republic of Nepal to the west, the People’s Republic of Bangladesh to the south, and the Union of Myanmar to the southeast are other close neighbours; the former two are separated by only very small stretches of Indian territory. 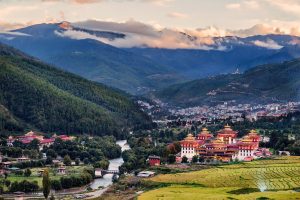 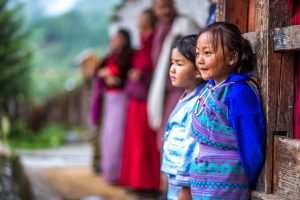 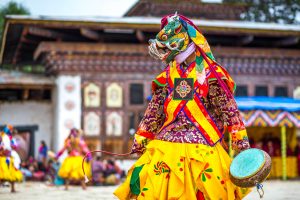 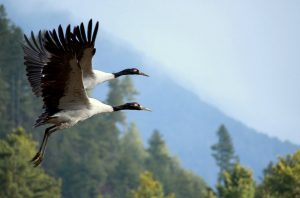 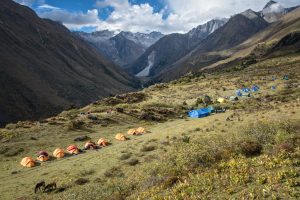 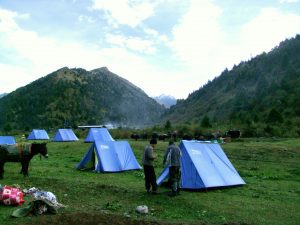 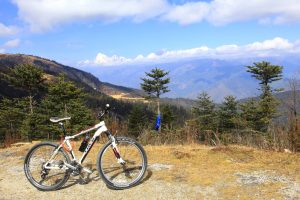 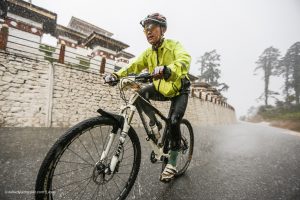 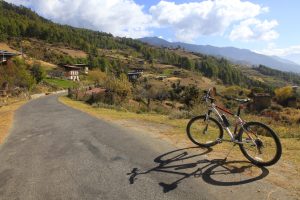 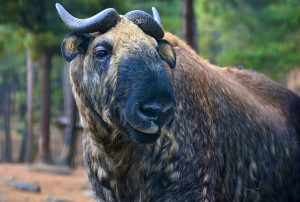 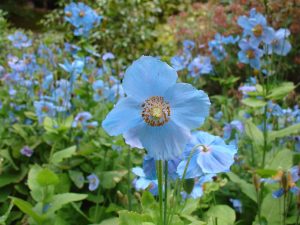 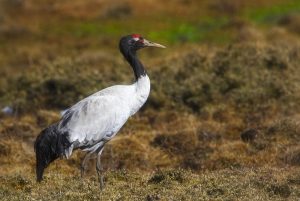 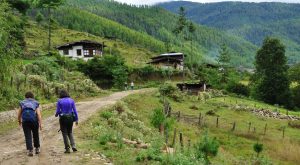 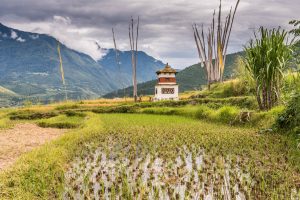 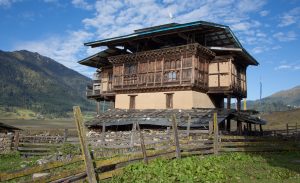 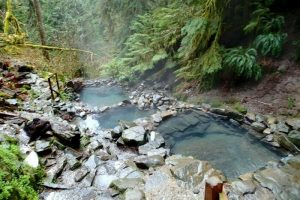 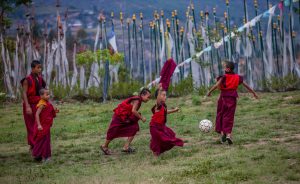 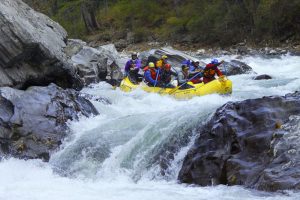 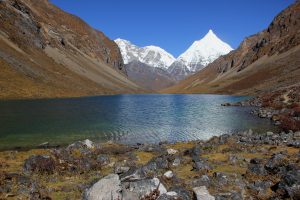 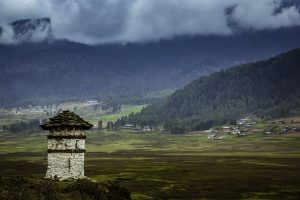